“There will be a holiday on our street, too!” – these words cheer you up and lift your spirits. And it’s all about one succinct word – holiday. For thousands of years mankind has learned not only to work well, but also to relax. Each country has its own way of organizing fun, but unites the world one thing – the celebrations are colorful, joyful and unforgettable.

Feast of the belly during the fireworks

Spanish Valencia – an area friendly, every year all the residents in honor of St. Joseph arranges a chic festival Fallas. Prepare for it in advance, creating themselves gorgeous, intricate execution of costumes, the like of which is not available anywhere, and make a huge beautiful dolls, based on papier-mâché and wood. 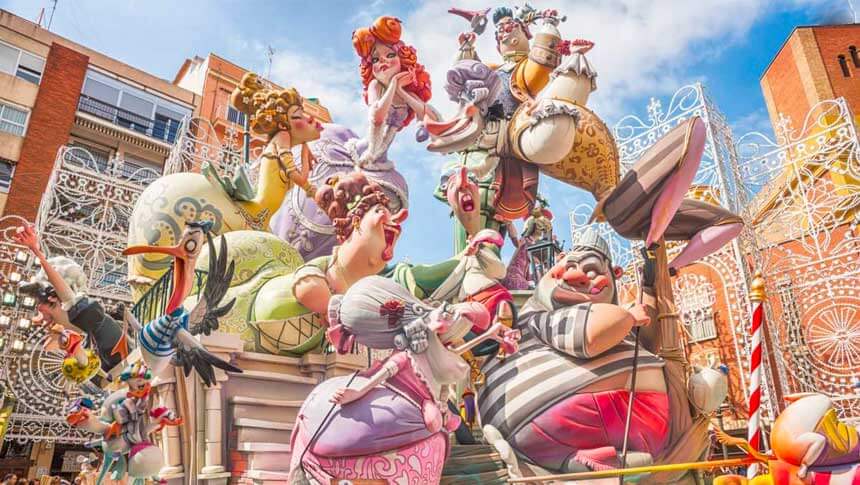 There are dolls up to 20 meters tall. They are prepared in the workshops by professional craftsmen, beautifully painted and put on public display a month before the holiday. The most successful compositions are preserved and can always be seen in the museum.

They use these puppets to create entire scenes depicting the vices and virtues of people. The dolls will soon have the fate of being burned at the stake. But this is not just entertainment, the whole action unfolds, in which everything is in harmony: respect for St. Joseph, music, pyrotechnics. For five whole days, more than 40 cities entertain guests.

Fallas opens with a parade of pyrotechnics. Now at night there is a lot of noise – fireworks, and they do it using the most modern electronic equipment.

The next stage is dedicated to the Patron Saint, who takes care of defenseless people. It is to her are intended all flowers, which participate in the exhibitions. Nearby there is also a wooden, 14-meter high, she herself, entwined with fragrant flowers.

Valencia chefs love to surprise visitors during the festival days, delighting them with bunuelos doughnuts, inside of which there is a delicate chocolate filling. But the most indelible impression is created by the fire on which the figures are burned. The whole of Valencia seems to turn into a majestic fire at night, all to the sound of music, rattles, fireworks, and cheerful shouts of people.

There are mountains of Abruzzo in Italy. This place is considered an abandoned corner with pristine nature. Here the ancient traditions are sacredly honored. And the small town of Cocullo especially. Proof of this is the festival Serpari, which takes place every year and is held in honor of St. Abbot Domenico – the patron saint of the inhabitants. 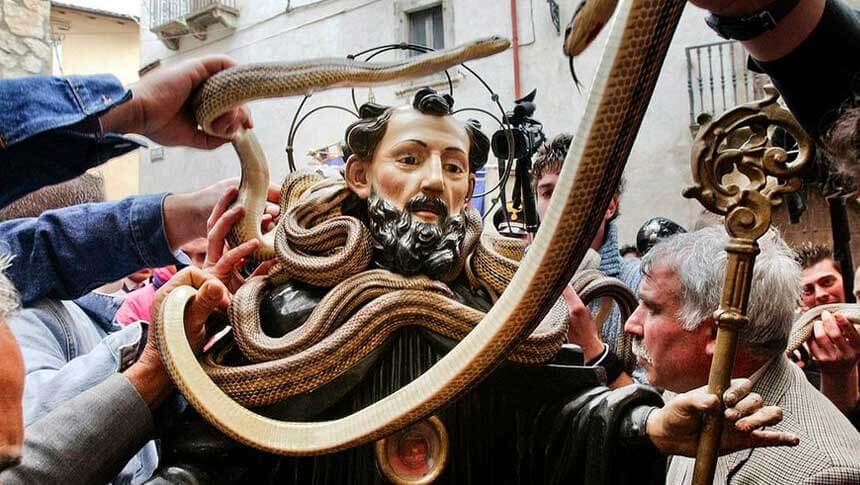 The festival of the snake charmer is a tribute to the ancient tribes that were renowned as masters of making various drugs and medicines from reptiles.

On the days of the holiday the place is very crowded. All guests want to see the stretcher on which is the statue of Domenico with his holy tooth, and traditionally throw the ground painted white – it repels snakes. The entire statue is covered with images of these creatures, which seem to wriggle in a creepy ritual dance.

People greet the sarcophagus by pulling the chain of the bell installed there. Then there are performances and concerts awaiting everyone, put on by the pilgrims. Most of the numbers deal with people’s fear of snakes. And how could St. Domenico find common ground with them?

Fun in India and decorating animals

When getting ready for the holidays, people don’t just sew their own outfits. For example, in India (Jaipur), people think carefully about how they would decorate elephants, camels and horses – after all, they are the main characters of the day of Holi, to pay homage to Ganesha, the Hindu deity. 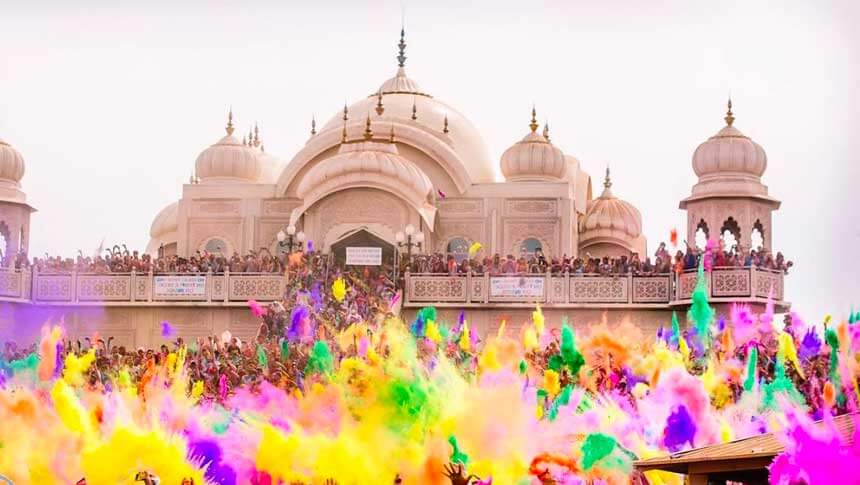 A special role belongs to the revered elephants – they are decorated with flowers and gold, their sides are applied great patterns. That’s why the holiday is so colorful and interesting. Elephants these days take part in the parade, compete in races and even play polo. Men even dare to pull the ropes with them. Sometimes they succeed.

In Vietnam, the important holiday Tet nguyen dan is unusual. This is how the residents meet the new coming year. For this day, they try special, cooking the best dishes, and children are given gifts of money. On this day, the flowers of peach and apricot, almond and tangerine trees blossom. They all become decorations of dwellings and streets. On the eve of the holiday, in the evening, there are dragon dances in the streets, and all night long residents take part in magnificent processions. 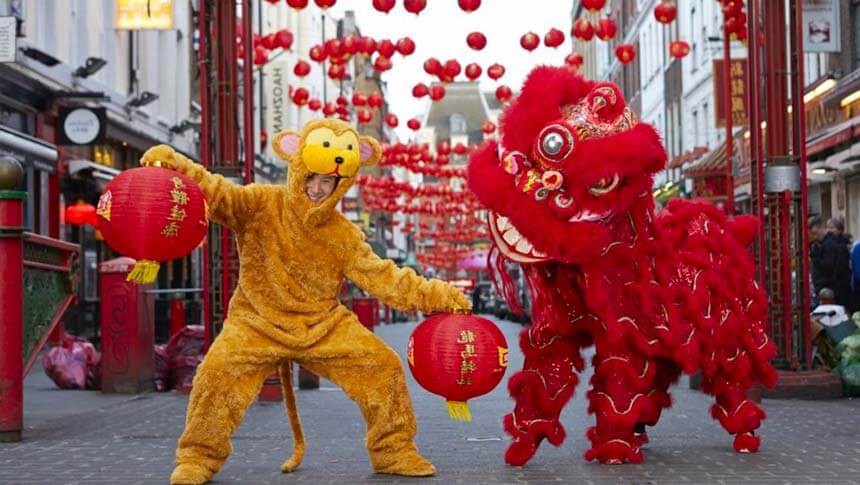 Day of the Dead – celebration of the dead

It gets scarily creepy in Mexico during the Day of the Dead. It is not only a time to remember the dead, but also a colorful holiday. All the cities are drowned in unusual fairs, where they sell cute and original figures of skeletons, skulls made of ceramics, wood, bone and wax. 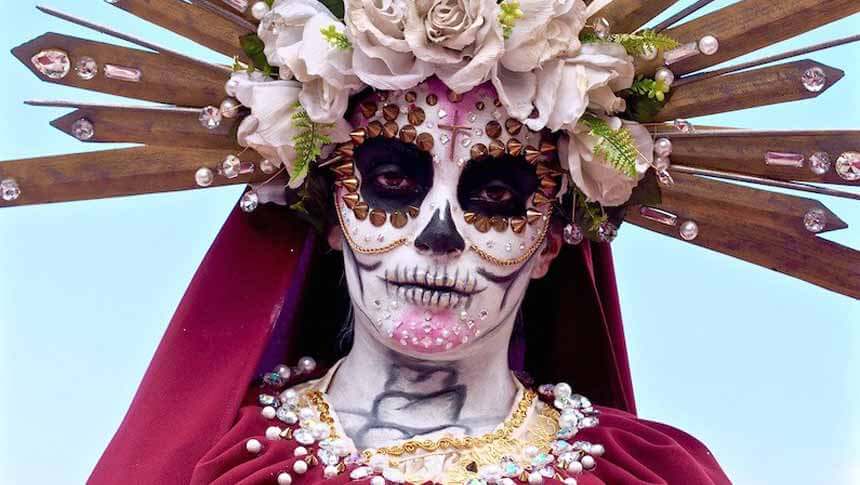 And what not only sweets are not presented here – even the coffins with the dead. When else will you have the opportunity to eat a marzipan coffin with your own name on the lid. Katrina, the main symbol of the festival, is everywhere. It’s a skeleton dressed as a woman with a unique wide-brimmed hat.

Celebrating Taipusam in the Caves

Malaysia boasts its wonderful festival in a very unusual place – the Batu Caves. It is dedicated to the son of the god Shiva. Murugana was able to defeat three evil demons, earning him respect and reverence for centuries.

The festival takes place in fun contests, with everyone trying to paint each other in intricate patterns and shave each other. And the Tamils present cover one another with piercings. What they always look forward to is the Kawadi Attam dance.

In Indonesia, the harvest festival is celebrated in a very unusual way. They form two teams and start throwing weapons, and it’s not like a game, because the blood must be spilled, which not only stains the earth, but also fills it, then the harvest will be big and good. 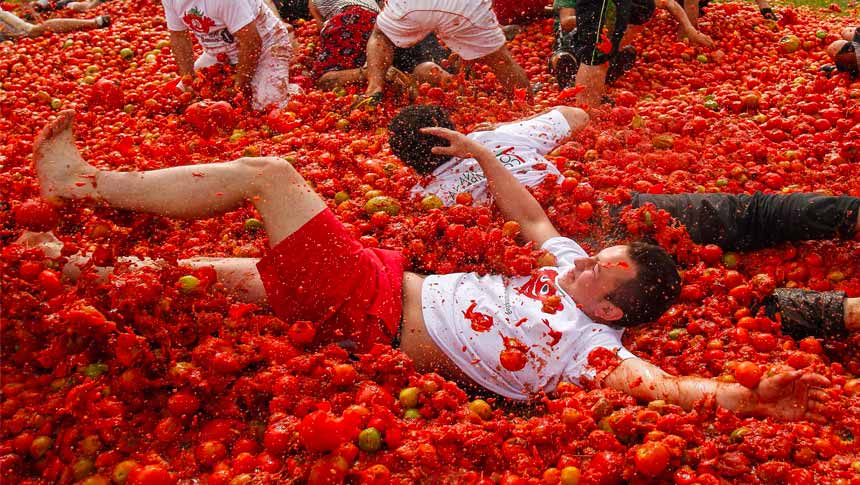 If anyone is lucky enough to witness the driving away of evil spirits, it’s a tourist who happened to be in the Belgian town of Binsch. The locals are very serious about it. They put on clown masks and prepare long sticks. But their fervor doesn’t stop there – they start throwing oranges at passersby. 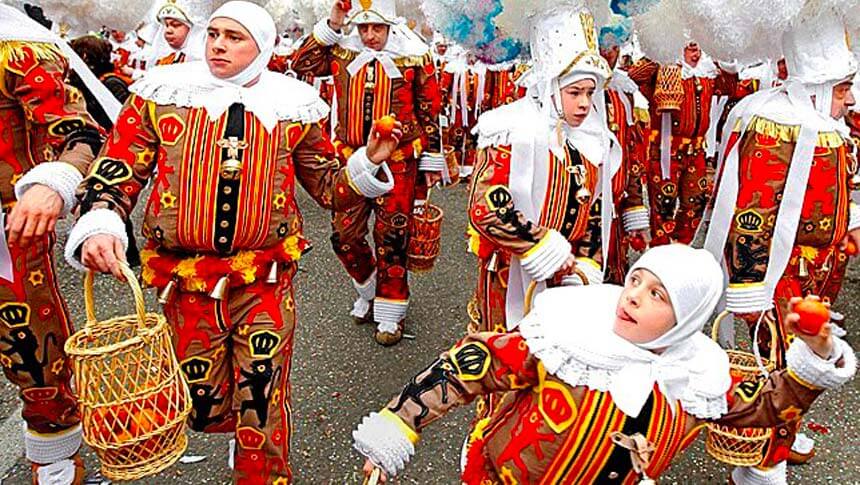 If it hadn’t been for the catastrophe of 1931, the town of Napier wouldn’t have had these amazing art deco buildings. This place in New Zealand was in the midst of an earthquake. Now the collection is constantly updated with new masterpieces, delighting the citizens and excite tourists.

The residents of New Orleans like to celebrate Fat Tuesday. In fact, it lasts for two weeks. This is such an analogue of the Slavic Shrovetide. Parades, carnivals, parades, delicious food on every corner – that’s where the gourmets and lovers of the real holidays will have their fun.